Diving through the labyrinths of history, new figures and names continually emerge. Reflecting on this, we accept that the past and future of our academics lean on the shoulders of prodigies whose innovations were kept in the dark for decades.

Stereotypically, the IT sector, mathematics, and the military are usually associated with men. Fortunately, that picture was refurbished and repainted by some of the best female programmers in the world. 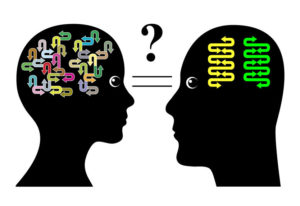 Among all women developers on our list, Lovelace was one of the most interesting and iconic characters in the history of computer science. Thanks to her persistent mother, Ada’s mathematical skills were discovered early on.

At the age of only twenty-nine, she was asked to translate Charles Babbage’s French notes regarding a new calculating machine. Interestingly, her English adaptation ended up being three times longer. In this extended version, Ada emphasized the difference between Pascal’s machine, which could only be compared to today’s calculator, and Babbage’s machine – a prototype of the modern computer.

In addition, it is believed that Lovelace described an algorithm for the analytical machine used to calculate Bernoulli’s numbers. This was the first algorithm ever made to be implemented on a computer.

Undoubtedly, Ada was a true visionary. In a way, she was able to predict that Babbage’s machine would lead to some glorious applications in the fields of graphics, artificial intelligence and in composing complex music. Therefore, Lovelace is thought of as the first female programmer.

Even though her life was short, and she lived over hundred-fifty years ago, Ada was an invaluable and influential pioneer in the field of computer research and programming.

In 1934, Grace left her mark in modern history as the first female mathematician to earn a Ph.D. from Yale University. Her curious mind led her to create the original compiler and discovering the first-ever ‘‘bug’’ on the Mark I computer.

Thanks to Hopper’s successful leadership skills and major discoveries, she quickly became head of the automatic programming department. This smart female developer was also on the committee in charge of creating the first COBOL (Common Business Oriented Language).

Furthermore, she is credited with the idea that codes should be written in an understandable language. This led to FlOW-MATIC – the first programming language in which the code was written: “in English”.

Today, some of the most popular computer programs, including Microsoft Windows, are based on the invention of the “Amazing Grace”. In her honor, as a token of appreciation, Microsoft has established a foundation from which it has, so far, awarded scholarships to more than 3,000 gifted students.

Thanks to Keira Knightley’s grand performance in The Imitation Game, millions of people worldwide now recognize the name, Joan Clarke. During World War II, she was one of the very few female cryptanalysts working in a British codebreaking center, Bletchley Park.

This highly intelligent woman contributed to solving the Enigma while working with Alan Turing. This, in fact, helped save countless lives on both sides of the conflict. Unquestionably, Joan’s equality with the men was never in question, even in those unpredictable days of hardship.

The veil of secrecy surrounding the Naval Enigma will leave us unaware of the full spectra of Clarke’s accomplishments, but this courageous British genius certainly held her codebreaking ground even when the world seemed lost.

Back in the 40s, a great crime was committed against software technology forerunner, Jean Bartik. During the era of World War II, the Allies were set on bringing Eniac to life or going by its full name – the Electronic Numerical Integrator and Computer.

The purpose of the invention was to calculate the artillery shell trajectories in merely thirty seconds. With the help of six other female programmers, Jean was diligently participating in creating the actual software.

When the computer/integrator was first revealed to the public, their efforts remained a secret. Nobody knew back then that the male scientists were only in charge of the hardware. Years later, thanks to the Wall Street Journal, this mistake was corrected just before the Eniac’s 50th anniversary. Today, these inspiring coders are known as Eniac women.

Best known for founding the Institute for Women and Technology, Anita Borg was a well-known and respected American computer scientist.

The ambitions of this gifted woman set in motion the idea of ‘‘Systers’’ back in 1987. After attending a technology conference, Anita started this as a mailing list for females in computer science. The list was created as a private space for women seeking to improve their computer skills based on specific scientific experiences.

While working for DEC (Digital Equipment Corporation), she developed and patented a technique for generating address paths to analyze and design high-speed memory systems.

Only four years before her death, Bill Clinton appointed Anita Borg as a member of his Committee on the Advancement of Women and Minorities in Science.

Fran Allen is a famous American female developer and pioneer in the field of compiler optimization. She is also the first woman ever to receive the IBM Fellow title – the highest recognition a scientist, engineer or programmer can receive from this company.

If all of this wasn’t intriguing enough, her work in the field of compilers, program optimization, and parallelization brought her the prestigious Turing Award, considered the Nobel Prize for computer science.

Furthermore, this brilliant lady introduced many abstractions, algorithms, and implementations that laid the foundations for the infamous automatic program optimization technology.

Lois Haibt earned her place in the top 10 best female programmers and is perhaps best known for being a member of the 10-man team at IBM who developed Fortran, the first successful high-level programming language. She joined the FORTRAN team at IBM, led by John Backus, after graduating from Vassar College.

With a starting salary of $5,100, Lois competently supervised the writing of a computer module that analyzed a compiler’s flow control that collected the program’s data. In addition, it was also calculating the frequency of basic-program-part executions, using the Monte Carlo methods.

Remarkably, she was the only female member of the team.

“Our astronauts didn’t have much time, but fortunately, they had Margaret Hamilton”. These were the words of President Barack Obama when he presented the highest recognition given to civilians, the Presidential Medal of Freedom, to software engineer Margaret Hamilton in November 2016.

Margaret’s talent and passion were critical to the success of the Apollo moon mission. She designed what is now known as an “asynchronous system” that grants priority to only the essential functions, rejecting all others.

This incredible female programmer is also the one who introduced the term “software engineering” to gain the necessary recognition for the discipline. At that time, there were no institutions that taught programming, so Hamilton was exposed to ridicule before the new scientific field was ultimately accepted.

Even today, at the age of 83, Margaret’s curiosity still presents the spirit of discovery within every girl and boy. After all, she expanded the existing assumptions of how people and software can evolve together.

Some of the most commonly used layout patterns in modern software design were a creation of American computer scientist Adele Goldberg. Additionally, she is also the brains behind the legendary Smalltalk-80 programming language.

Steve Jobs also showed an interest in her work and asked for a demonstration of her coding ideas. The resourceful programmer had nothing to worry about as Apple ended up implementing her solutions in their Macintosh computers.

Former chief executive officer of Yahoo!, Marissa Mayer, is known as one of the most prosperous information-technology and digital media engineers of the 21st century. Today, she is deservingly on the list of history’s best female programmers.

Her sophisticated taste and fashion style evolved along with her coding career. Marissa is celebrated as both an idea-wizard and a true fashion icon in the business world.

Before she was Yahoo’s first woman in command, Marissa helped Google rise to power. Back then, in the year 1999, their team consisted of only 20 staff members. Guess who was employee number 20? Brains and looks, this female programmer unapologetically keeps raising the bar for high achievers.

Women who continue to mold a contemporary ground for visionaries are the true elite of our society. Knowledge is the greatest gift of the 21st century and a force that is guiding human development. We can always look for heroes in the past and continue their legacy for a better tomorrow.