How to Convert Google Forms to PDF with PDF.co Using Zapier?

Automated Google Forms to PDF conversion can be a useful functionality if you have loads of forms to process by generating nice and structured PDFs.

Let’s dive into the most comprehensive guide to PDF generation on the entire Internet.

If you’d like to know more about Google Forms’ integrations and how they can speed up your business workflow, just check out this page.

In this demonstration, we are using the Job application Google form, as shown below. 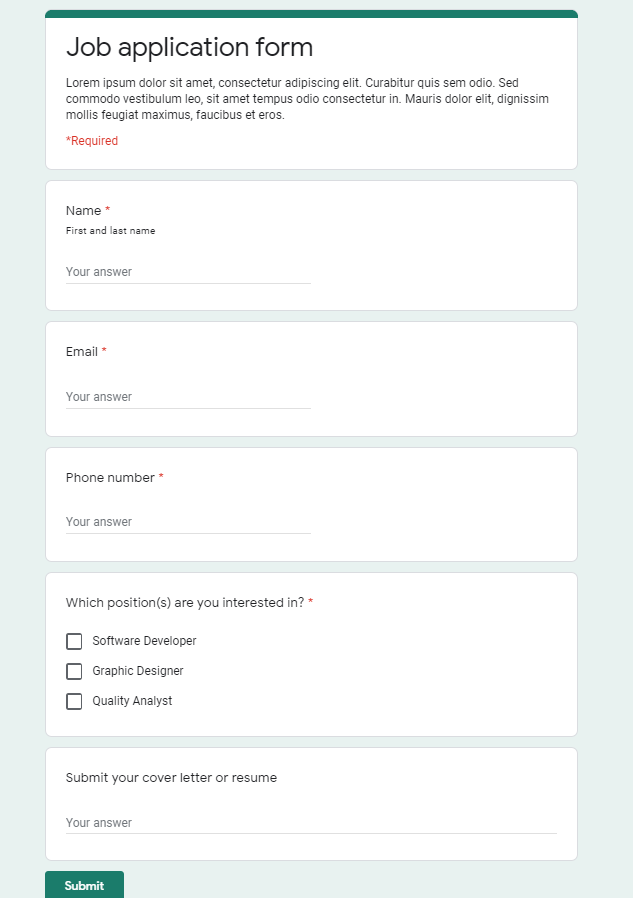 2. Google Form Associated with a Spreadsheet

Google form can be associated with a spreadsheet in the backend to hold all data. In this guide, we’ll walk you through the entire process of PDF generation from Google Forms. We’ll use this spreadsheet data to generate the output PDF. All new rows in the spreadsheet serve as a trigger to process further action.

First, create a new zap. We have provided Google Sheets as the input app and New Spreadsheet Row as the trigger. Select Spreadsheet and Worksheet names. 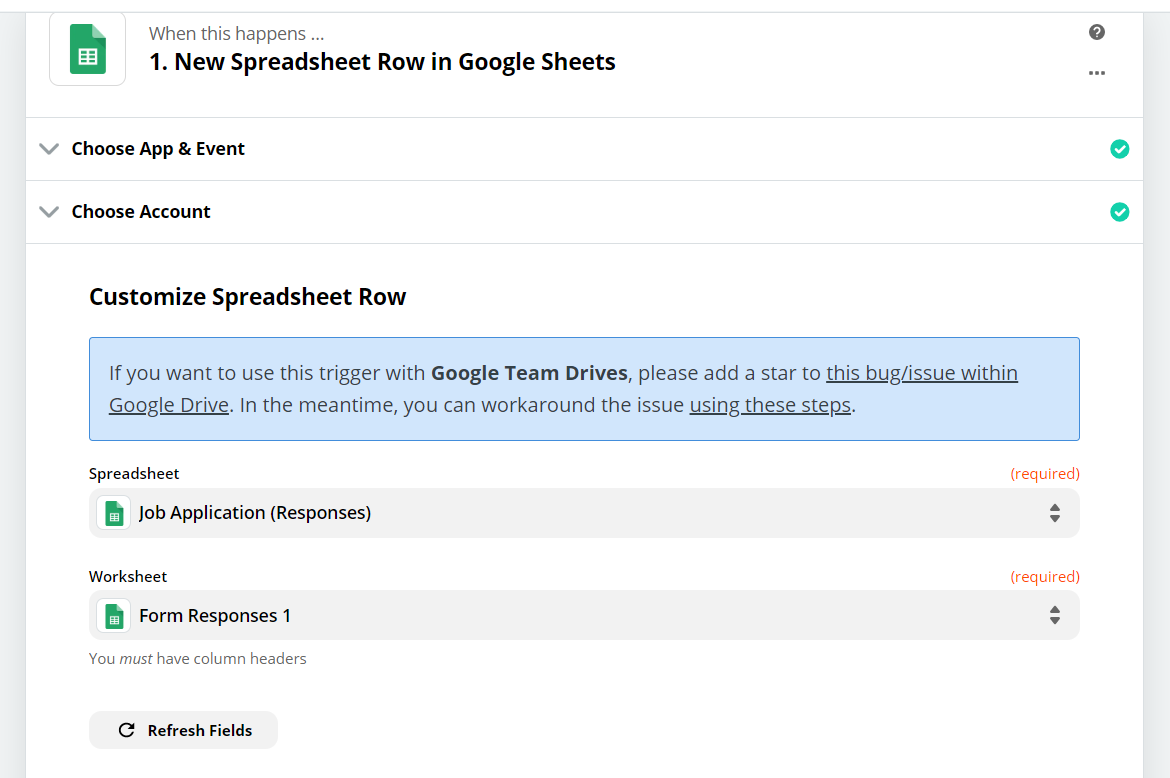 Now, it is time to Test Trigger and analyze the output data. Before testing, do add a new Google form input. This new input will add a new row in the spreadsheet that we have configured as a trigger for this zap. The data will look like below. 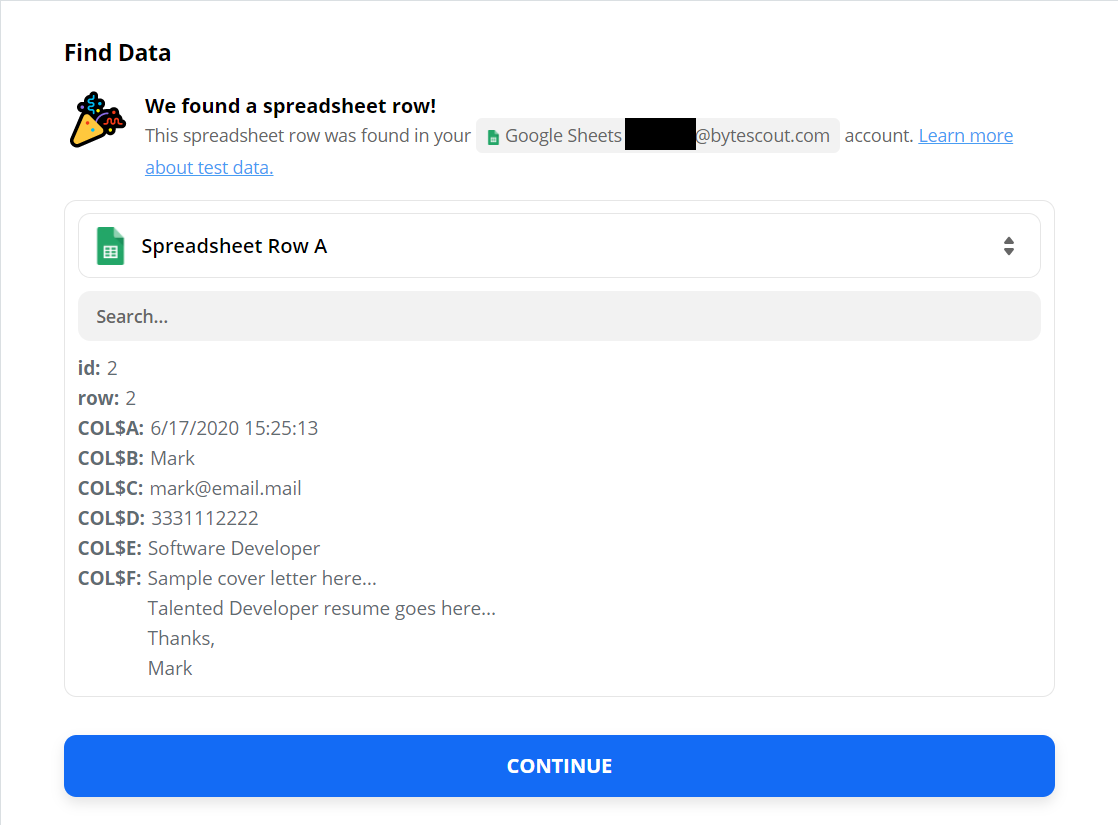 Now, let’s move on to the next step, where we proceed with PDF creation. Let’s select PDF.co as the App and Anything to PDF Converter as the Event. 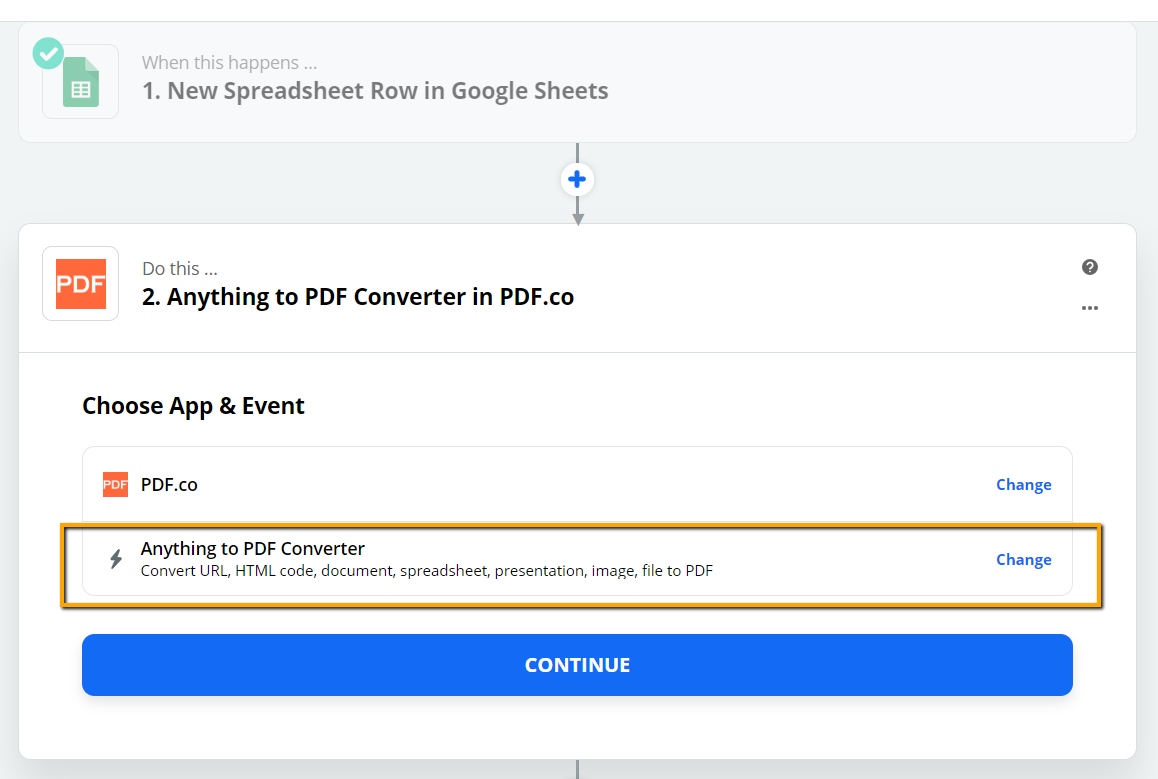 6. Configure Anything to PDF

Let’s configure Anything to PDF and fill out the details below: 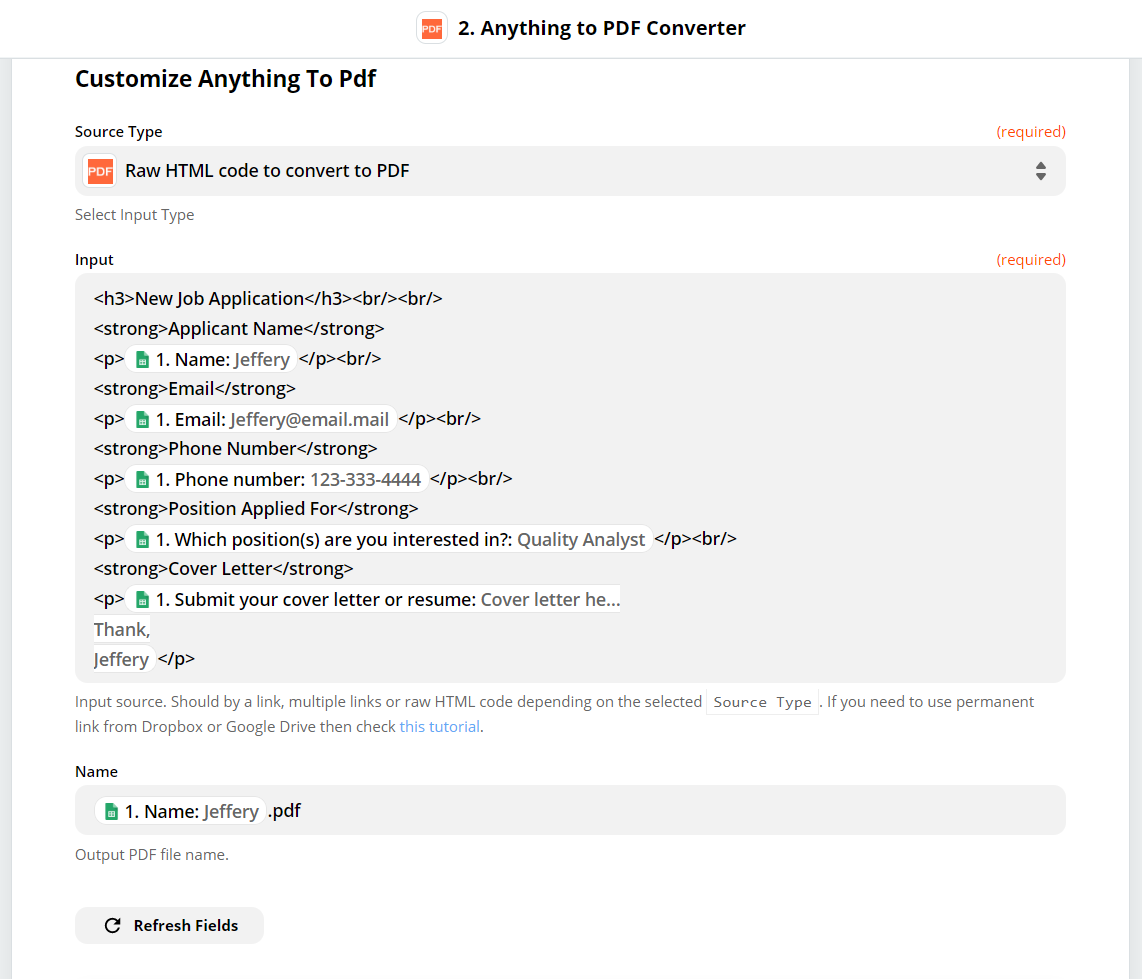 Before sending the data to PDF.co, let’s review the generated input HTML along with the target PDF file name. 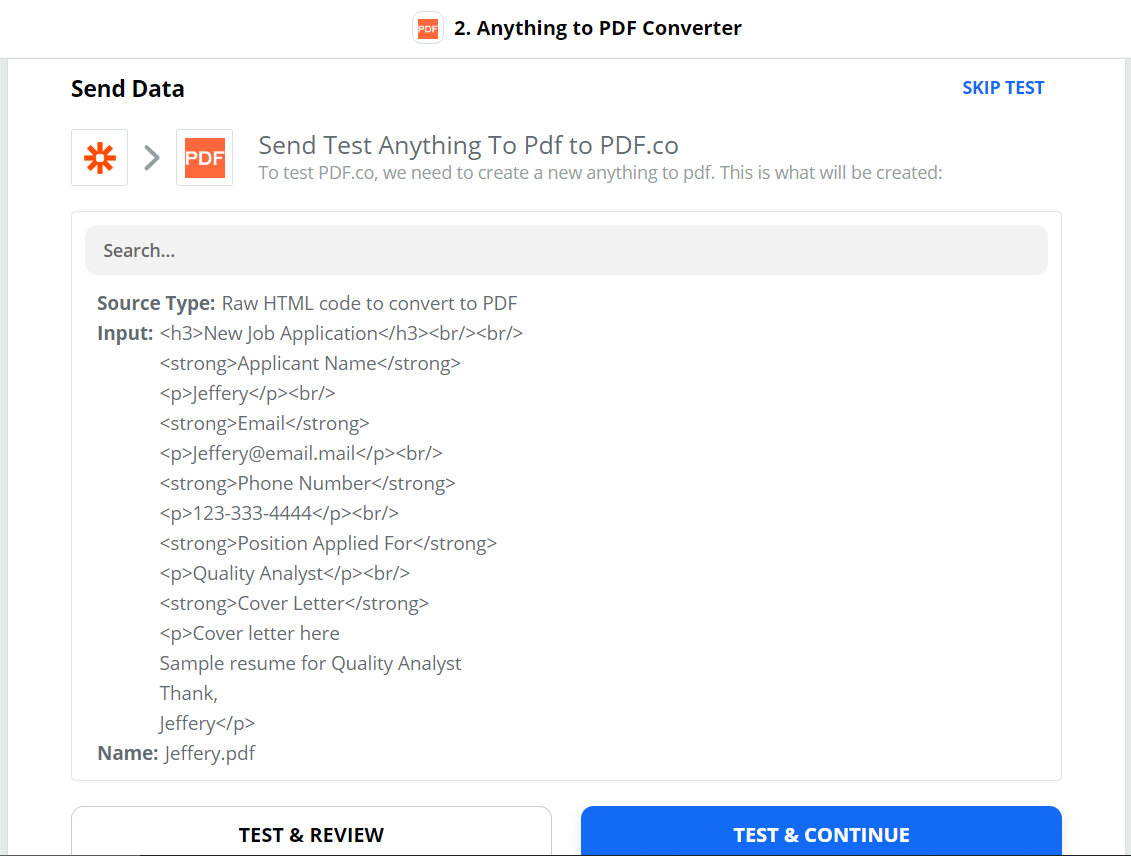 Here’s the response from PDF.co. It contains fields such as the URL of the output PDF, the total page count of the generated document, etc. 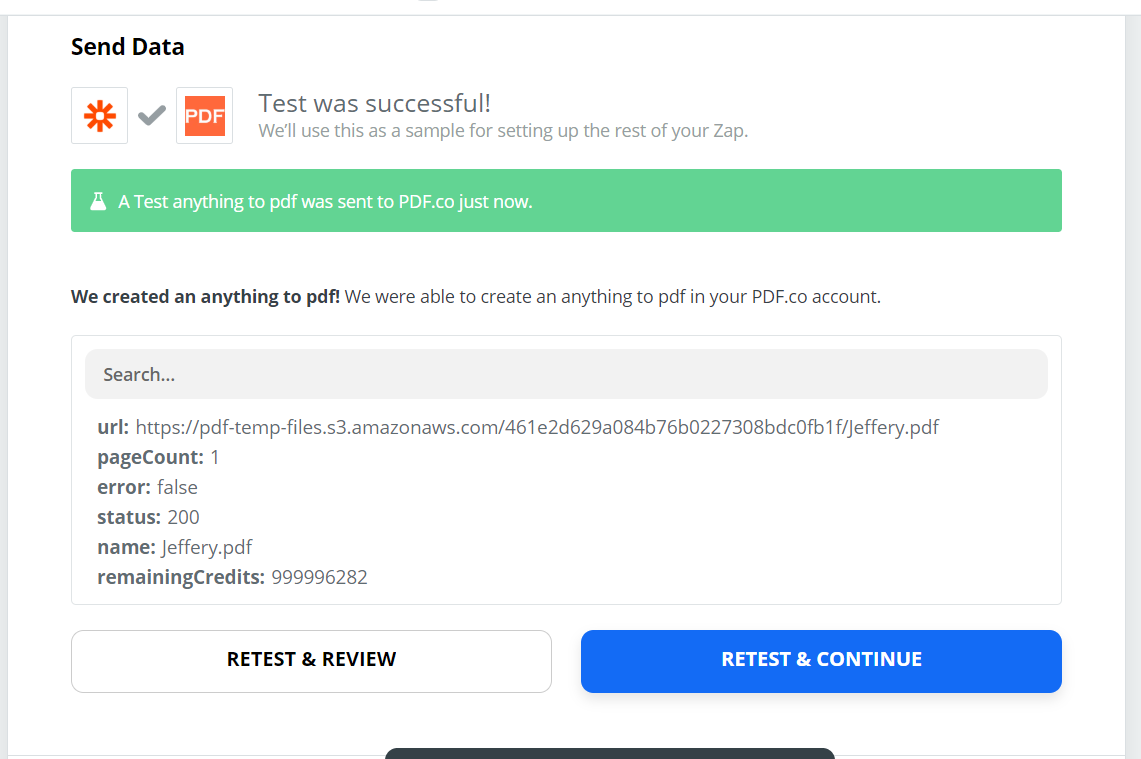 The generated PDF file will look something like this: 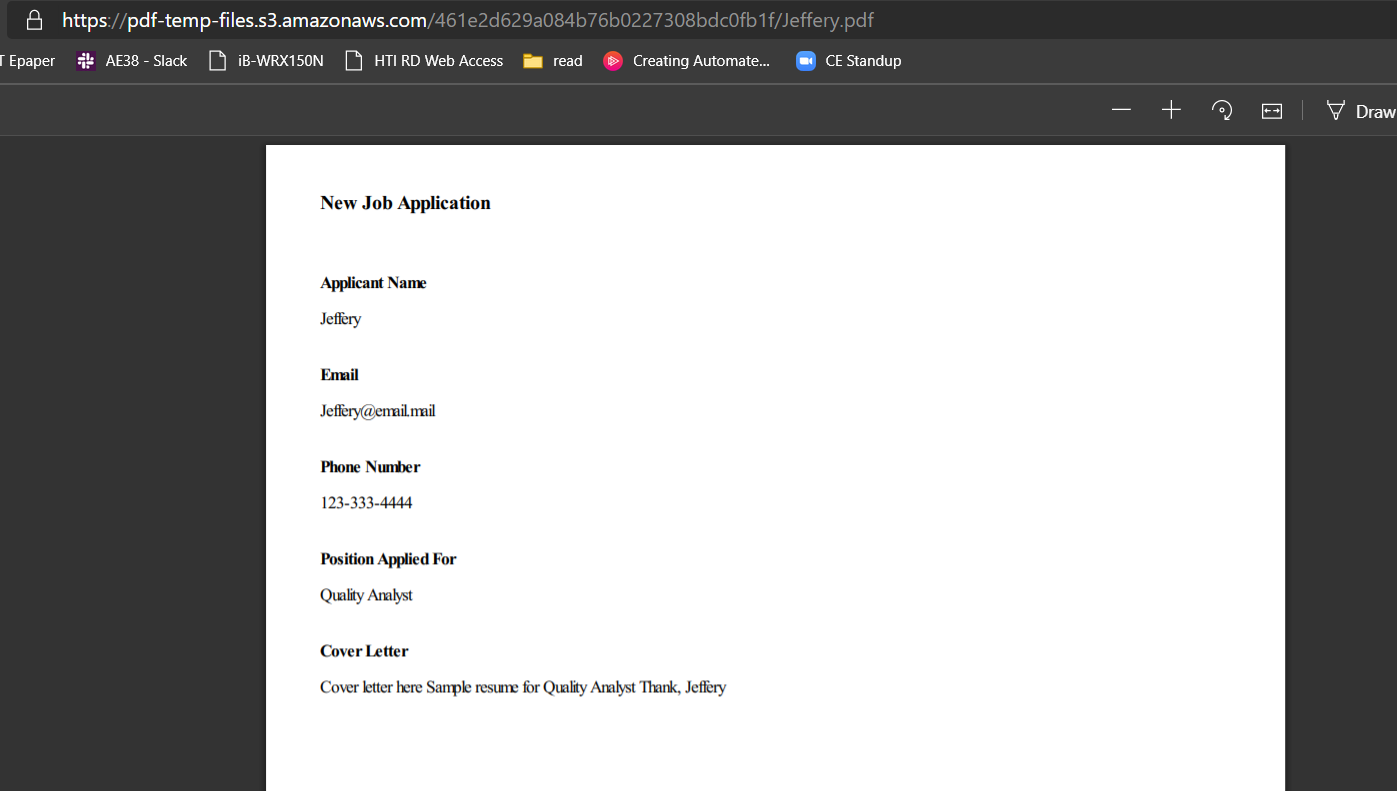 NOTE: You can set up the next step to save the generated file in Google Drive or Dropbox depending on your requirement.

Google Forms is a free cloud-based tool that enables users to design reviews, tests, and much more. It’s a section of Google’s web-based apps suites such as Google Docs, Google Sheets, and more. It’s a handy tool that can be utilized for different applications, from collecting RSVPs for an occasion to build a pop quiz.

How to Use Google Forms?

To use a google form, users need a Google account, but they can alter the settings so that anyone can join in, indicating no Google account is needed.

Google Forms distinguishes itself from related online tools through its collection of configurable alternatives. When designing a new form, users have the facility to pick from a range of templates or design their personal. If they wish to create a unique template, they can add their logo and pictures, and observe Google create a design color incubated to match.

If users are common users of Google Forms, they apparently already understand that they can pick between saving their results as a spreadsheet or putting them inside the form. Also, if users want to make their form easier for respondents, they can combine various pages by including sections.