How to Merge PDF URLs with Google Apps Script and PDF.co

Welcome to our tutorial on how to easily merge multiple PDFs from URLs using Google Apps Script and PDF.co. In this guide, we will walk you through the step-by-step process of combining PDF documents from various sources into a single file. Whether you’re a business professional, a student, or just someone looking to streamline their workflow, this tutorial will show you how to accomplish this task quickly and efficiently.

So, let’s proceed. We will show you how to merge PDF URLs using Google Apps Script and PDF.co.

We will use these two-sample PDFs in this tutorial. You may use a document of your choice.

Now, let’s add the source code to the app script. 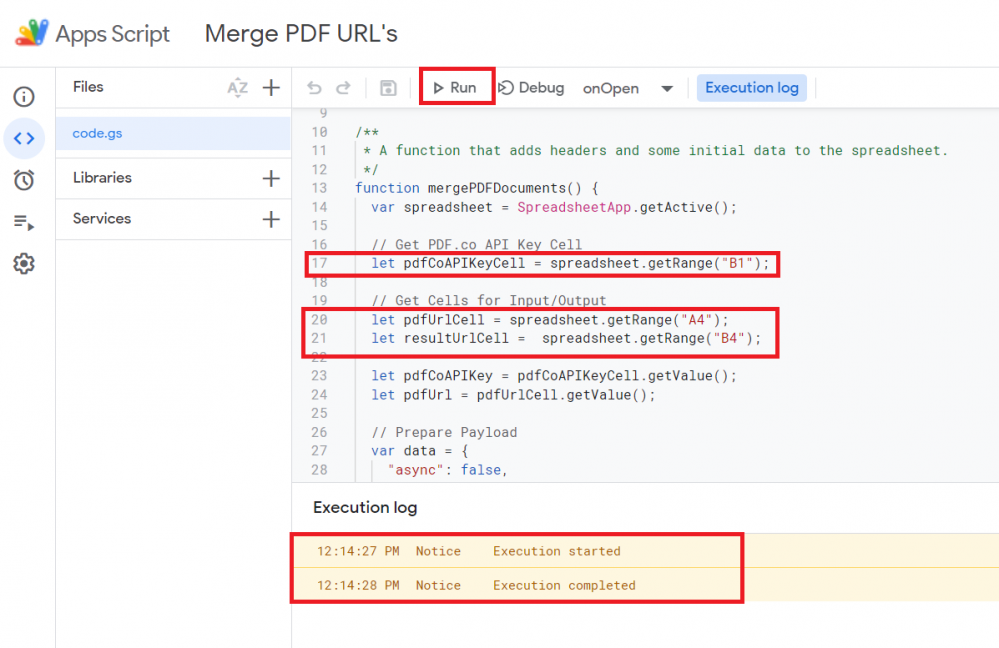 In this video guide, you will learn how to merge PDF URLs with the help of Google Apps Script and PDF.co.

When you are merging PDFs from URLs, sometimes it can be a really overwhelming task. However, Google Apps Script and PDF.co make the whole process easy and smooth. By following the step-by-step guide from this tutorial, you can combine multiple PDF documents from various sources into a single PDF file.

You can be a business professional, a student, or just someone looking to streamline their workflow, this tutorial will provide you with the tools to accomplish your task.

Google Apps Script is a scripting language allowing users to customize and automate Google Apps such as Google Sheets, Docs, and Forms. With Google Apps Script, you can create macros, automate workflows, and connect different Google services to perform tasks such as sending emails, updating data, and more.

You can manipulate Google Suite data and services as well as build web apps and add-ons for Google Suite products, all without the need for a separate server. It is simple to learn for JavaScript developers and also provides a range of built-in libraries and functions, making it a powerful tool for automating and streamlining tasks.