UAV (unmanned aerial vehicle) is a class of small-scale aircraft that has the ability to fly without the onboard presence of a pilot/navigator. UAVs have several important applications in scientific, commercial, recreational, agricultural, surveillance, and aerial photography tasks.

UAVs or drones, as popularly known, have started revolutionizing various commercial industries. They have the inherent ability to fly beyond the visual line of sight and it makes them an excellent choice for certain domain-specific tasks. They come in handy in maximizing production and efficiency while reducing the associated risk.

UAVs are also being actively used for ensuring law and order, site safety, and regulatory compliance in times of national emergency like the ongoing pandemic. 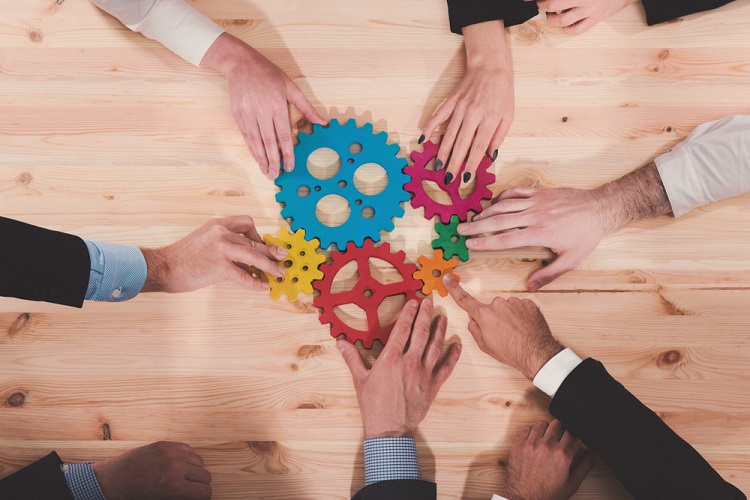 One of the biggest challenges of making the UAVs fully automated is to make them capable of finding paths and avoiding obstacles. The obstacles in the real world are often dynamic i.e. they are movable and changes position over time. Think about flying at a low altitude in urban environments. Avoiding dynamic obstacles in real-time and adjusting their state accordingly is a heavily researched task for roboticists and scientists.

The researchers from the Luleå University of Technology, Sweden, and California Institute of Technology, US collaboratively developed a novel non-linear predictive model that makes the UAVs better at avoiding obstacles and navigating in dynamic environments.

The team has been publishing regularly and has already submitted several works on the same topic. Björn Lindqvist, a Ph.D. student at the Luleå University and one of the researchers in this project, emphasized the importance of efficiently avoiding the dynamic obstacles to be useful in the urban environments. Their nonlinear model predictive control (NMPC) based approach helps achieve that and avoid collisions.

The ins and outs

NMPC, as they call it, is based on optimization. Thanks to the scheme’s generalized structure, it can be used for solving other related and similar problems. As the name suggests, NMPC is a variant of the model predictive control (MPC) that utilizes the non-linear model for the prediction calculation. But employing non-linearity increases the complexity of the problem exponentially.

Using this scheme, it is possible to make predictions about the future state of the system based on the control acting on the system at that time. The prediction covers several future time steps. This NMPC scheme aims to calculate a series of control inputs for the systems such that the system can optimize a well-defined objective (for example, obstacle avoidance or maintenance of the given constraints).

The team has shown how NMPC could be used for UAV navigation. They demonstrate how this technique helps the UAV in coping up with the unknown and dynamic environment. Their work can give the unmanned vehicle advanced capabilities for navigating in the urban jungle where it needs to worry about the safety of both the people and the vehicle itself.

Lindqvist and his teammates have used the NMPC-based algorithm for predicting the trajectory of the dynamic obstacle present in the environment. It also employs a classification model for differentiating between different types of trajectories generated by the NMPC scheme and predicting the future position.

NMPC has the capability of taking into account the future states. This makes it effective for incorporating the effect of including the future position and measurements of the dynamic obstacles in the consideration. This takes care of path planning, obstacle avoidance, and control and encapsulates them in a single package. Their study highlights the immense potential of the NMPC-based schemes for navigational tasks.

Use cases of automated aerial vehicles

Researchers all around the globe have used various AI algorithmic techniques for giving unmanned vehicles the ability to navigate in the real world. They have been used to solve an array of different problems or give them the cognitive ability to solve them. Following are some of them:

Using drones and automated unmanned vehicles in farming have resulted in some really amazing outcome. Unmanned vehicles have been used for tracking and monitoring the growth of the plants, the condition of the plantation, and the status of the harvest. Some advanced AI-based techniques have been also used for determining plant health (healthy, deceased, or needing extra care) and the best time for applying fertilizers.

The ultimate test of the navigational capability of an unmanned device lies in the unknown environments, typically found in disaster-affected regions. Automated or semi-automated UAVs have been used around the globe for exploration, dropping supplies, assessing the structural integrity of buildings, and in countless other situations. Unmanned vehicles have been also used for detecting violence and keeping an eye over large gatherings.

A smart city has been the dream of the current era. Some of the factors associated with the idea of a smart city include the application of various technologies for communities and cities, the use of advanced telecommunication systems for public amenities, and smart energy usage. Believe it or not, unmanned vehicles play a big role in the realization of this dream. They could be used in goods delivery, medication service, and traffic problems. It has been successfully used in Rwanda for fast blood delivery.

Various large corporations are using unmanned vehicles for the maintenance and surveillance of their infrastructure. Avitas Systems, a subsidiary of General Electric (GE), is using them for surveying their power line, transportation, and pipelines. Needless to say, they are not the only ones to do so. Some railway organizations have used them for health checkups of the lines.

The use of drones and unmanned vehicles in entertainment is rather restricted due to the applicable laws. Keeping in mind the adversities that the unmanned vehicles pose to the safety of the other aircraft, you will still agree that there is an immense demand for drones in entertainment and aerial photography. There is also the announcement from Facebook that they plan on launching solar-powered drones for providing internet access to some of the more remote locations. A hard task indeed without sufficient help from the UAV technology.

How IoT is Transforming the Retail Industry

This article explores the benefits of IoT and in what key areas, it is transforming the retail industry You might have [...]