TOP-15 Most Important Banks in Spain

The Banco de España is the national supervisor of banks in Spain. This  Spanish central monetary authority works within the framework of the Eurozone‘s Single Supervisory Mechanism. It was founded in Madrid in 1782. Noteworthy is the fact that Spain’s central bank is currently a member of the European System of Central Banks.

Banco Santander is the largest bank in Spain in both revenue and assets. This bank was founded in Santander in 1857 and since 2000, the Spanish bank has been expanding, even more, operating on 4 different continents. The bank has many awards and has even been ranked on the Forbes Global 2000 list of the biggest public companies in the world.

Banco Bilbao Vizcaya Argentaria, S.A. is a global financial group and is often referred to simply as BBVA. It is one of the biggest banks in Spain. It has one of the most recognizable logos in the world which is a testament to its credentials as a leading global financial institution. It has been ranked the second-largest of banks in Spain, far from its humble beginnings in Bilbao in 1857. Currently, it serves over 70 million customers in more than 30 countries worldwide.

CaixaBank has been frequently ranked as the third-largest bank in Spain. It has the largest banking network of 5,397 branches to compete with the other big banks. It has its headquarters in Valencia and serves 15.8 million customers.

Banco de Sabadell is another large Spanish banking group, with its headquarters Alicante, Spain. The city where it was founded, is still in the name of the bank, Sabadell which is a province of Barcelona. It began as a venture to finance local industries but later focused on commercial banking. It was a large banking network with 2310 branches in Spain and 53 international branches, all over the world.

The Spanish bank, Bankia is a consolidated bank founded in 2010. The consolidated bank has assets worth over 212 billion euros. The merging banks were Caixa Laietana, Caja Segovia, Caja Madrid, Bancaja, Caja Canarias, Caja Ávila, and Caja Rioja. The Fund for Orderly Bank Restructuring has had 100% ownership of Bankia since the economic downturn in 2011.

Banco Popular Español is one of the TOP banks in Spain. It was founded in 1926 but in 2017, it was bought by Banco Santander. It still operates and provides commercial banking, asset management, insurance, and real estate investments. It has its headquarters in Madrid and has clients in Portugal, Mexico, and the US.

In 1965, a joint venture of The Bank of America and Banco de Santander created a Spanish industrial bank that would later be Bankinter as we now know it. Currently, it is a commercial bank that serves over 70,000 customers and has its headquarters in Madrid. It has a history with Madrid, where it was listed on the Madrid Stock Exchange in 1972.  Bankinter was a forerunner in electronic banking services in Spain, launching such a successful service in 1993.

The bank’s asset volume places it as one of the top ten banks in Spain and is managed by Fundacion Bancaria Unicaja.

Founded out of a merger of Basque financial institutions — Bilbao Bizkaia Kutxa, Gipuzkoa Donostia Kutxa, and Caja Vital Kutxa in 2012, a September 2018 report by the company shows that the KutxaBank has garnered a total of €42.2 and €42.5 billion in both assets and customer deposits respectively.

The alliance included an agreement of which IBM will create a new company and two new technology management centers which will employ nearly 300 professionals.

Ibercaja Banco is a Spanish bank based in Zaragoza recognized as the ninth-largest bank in Spain with three million clients, accounting for a total of €53,107 million in assets and €138.4 million net profit via a 2017 company report.

The Bank has a network of 1,151 branches, 1,475 ATMs, and accounts for 5,265 employees across Spain, created by the Caja de Ahorrors and Monte de Piedad of Zaragoza, Aragón, and Rioja to develop its financial activity being 100% of the bank’s shareholders. Aragón, La Rioja, Guadalajara, Burgos, and Badajoz and home markets of the bank while Cataluna, Comunidad Valenciana, and Madrid are its growth markets.

Caja Rural Group was created by a group of rural banks. It is composed of about 70 members with a combined 4,000 outlets. As a cooperative bank, this bank provides its clients with financial services. In addition, Caja Rural Group uses its knowledge of the financial market and relationship with the Spanish regional territories to provide these services and products to its client.

Caja Rural Group has a total asset and an average net income of $12 billion and $80 million, respectively. Also, the bank employs directly and indirectly around 13,000 workers across all Spanish territories.

Established in 1926, Banca March operates as a bank in Spain. It has two main offices in Palma and Madrid. Since its creation, this bank has slowly grown. However, by the turn of this century, it exponentially grew. It expanded to have branches and outlets in the Canary Islands, Balearic, and a host of several other tourist locations. Additionally, the bank now has offices in Barcelona and Andalusia.

Similarly, Banca March has several international offices. It has an office in London and many other international business cities. Over the years, this bank has won many awards. In 2020, it was awarded as the number one safe bank that operates in Europe.

Abanca has had several evolutions before becoming what it is today. After a financial crisis that engulfed the bank, it was financially supported by the Spanish government. Since then, the Spanish government through its agency has become the majority share owner in the bank. The remaining shares are still owned by private enterprises.

Since its creation, Abanca operates out of Galicia. Nonetheless, it has several branches in other provinces of Spain. Likewise, Abanca has several overseas offices in America, Brazil, France, Switzerland, and the United Kingdom. Also, it provides conventional banking services such as current account and savings account.

The Bank of Spain is the apex bank in Spain. King Charles III created this bank in 1782. It was opened to provide stabilization to government finances after the effects of Spain’s involvement in America’s internal conflict in the 1700s. Initially, the bank was controlled by private individuals. After some years, the Spanish government took over control of the Bank of Spain.

The Bank of Spain, like all other central banks within Europe, belongs to the European System of Central Banks. It provides monitory and supervisory advice to all banks within Spain, including private and commercial banks.

Sadabell Bank Spain is one of the biggest financial institutions in the country. As a commercial bank, it works best for businesses that come from other countries to operate in Spain. Therefore, Sadabell Bank Spain provides foreign individuals and companies a conducive environment for business. Consequently, once the entities can open an account, they can quickly get online access and card services. All this can be done without needing to speak English because the bank has a team of employees that can speak several languages.

Spain’s banking sector consists of twelve banking groups representing over 90%of the banking industry—59 private banks, 63 cooperative banks, two savings banks, and over 80 other branches that spread across the country making it a very expansive one on which the country’s growing economy relies on. It generates 70% of the country’s GVA and 61% employment generation.

In 2019 the government-approved Macroprudential Authority was established to detect and analyze possible systemic risks and to alert warnings about detected systemic risks that could affect Spain’s financial stability. The industry also adapts to new innovative digital and payment technologies, one such as the BIZUM which is a person-to-person instant mobile payment system launched by a team of 27 Spanish banks in 2016. The application conducts money transactions allowing users to associate a bank account to the service for free real-time money transfers.

Year in year out, the United States continues to have new banks springing up in the economy But they all don't perform [...] 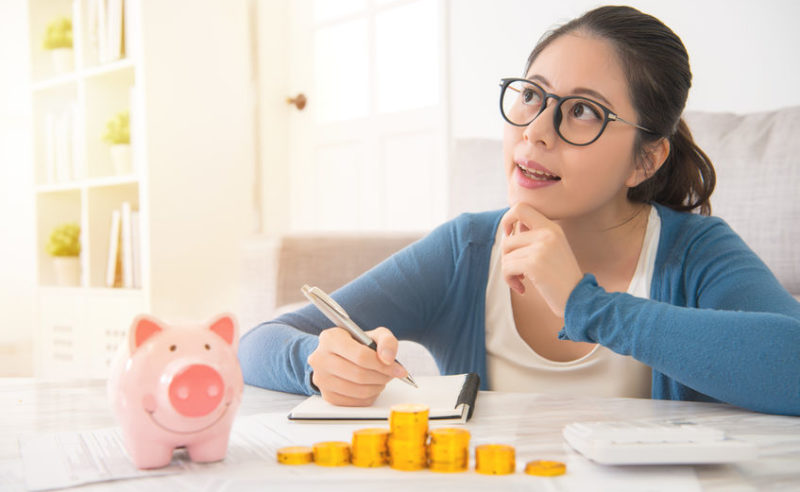 Mexico has a reasonably significant banking sector that consists of banks of different functions and capital value All [...]