Introduction to MongoDB with Java

Our world is now data-driven, where big corporations are generating data at a very rapid pace. With trillions of data points to capture, companies are now looking for technology that can enable them not only to store the big data but also able to access or process them seamlessly.

If you are not new to the database, then you should know how reliable it is a relational database. Most companies rely heavily on it for data storage and operations purposes. However, there is always a limitation with relational databases. Right now, the industries demand more flexibility and scalability that can work with big data. This is where the concept of No-SQL databases comes in.

Getting Started With MongoDB

MongoDB describes itself as the database for modern applications. Technically, it is a NoSQL database that offers a document-based, general-purpose distributed database. It is built for the cloud era and is ideal for modern application developers. The non-relational approach makes its approach different. Here, the data is stored and accessed via key-value pairs. It is also open source which means you will get a lot of support for development queries and problems.

MongoDB offers multiple key features including auto-scaling which ensures that it is made for enterprise. MongoDB is also cross-platform ready which means that you can work on different platforms as a developer.

Below is an example showing the MongoDB document structure.

Technologies evolve over time, and that’s why it is important to know about their history. MongoDB history started in 2007 when Eliot Horowitz and Dwight Merriman struggled with relational database scalability issues during enterprise development. And, that’s why they created MongoDB. The word choice from the fact that the word means humongous, which means support for large processing data.

By 2009, the project was made open source, which meant that many organizations and developers work towards its improvement by adding new features. In 2014, the company that managed the technology is named MongoDB Inc.

Before we get started with MongoDB with Java, let’s learn the reasons why use MongoDB.

Now that we have a clear understanding of MongoDB, it is now time to look at it in action. For this purpose, we are going to use the Java Programming language. To showcase the MongoDB capabilities, we are going to make a simple application using Java and MongoDB and run CRUD functionality on them.

For that purpose, you need to have a proper MongoDB environment installed on your local machine. For this purpose, we are going to install it on Windows 10 environment. You can easily adapt the installation process depending on your operating system.

To get started, you need to visit their MongoDB community edition page. For this tutorial, we are going to use the MongoDB 4.4 version. 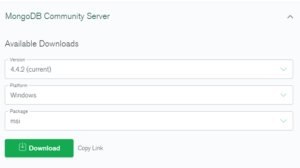 Click on the Download button to start your download. From here, you need to install MongoDB with the help of the wizard. It’s easy and you surely won’t feel stuck with it. In our experience of installation, it can take quite a while depending on your internet, SSD, and more!

Let’s get started with our CRUD application.

To get started, we first need to create MongoDB dependency with our Java application. To do so, we need to edit the pom.xml file.

With our Java dependency sorted out, it is now time for us to connect Java with the MongoDB database. To do so, our first step would be to rate a MongoClient which ensures that the initial connection is established. The MongoClient takes care of the interface between the Mongo server and the java program. There are other features that are supported by MongoClient interface including the ability to make CRUD operations, establish connections to databases, and so on!

So, what code you needed to create the MongoClient? Well, you can use the code as shown below.

2701 is the default port for MongoDB. In case the port is not free, you can decide to change it based on your requirement. In most cases, there won’t be an issue.

Before we proceed further, it is important to understand the terminologies for MongoDB.

If you have used a MySQL based database earlier, this should make sense to you.

You can easily showcase the existing databases. To showcase the databases listed within MongoDB, you need to run the following command.

In case you want to showcase the database using Java, then you need to use the following command.

As we have created one database until now(during a connection, it automatically creates a database), you should get an output showing two databases as below.

The local database is designated as the default Mongo database.

As we are now connected to the database, we will now ready to create our first collection.

To create the collection, you need to use the following command.

To showcase the collection within the database, you need to use the following:

The output for the above command will be as follows:

The database entity will now be updated as below.

With the collection created, now it is time to update it.

Now, let’s use the save operation to update it.

After you run all the queries as mentioned above, the collection will be updated as below.

To read the document, you need to use the following set of commands.

It will return the following.

The final query that we are going to look at is to delete the document.

This leads us to the end of our Introduction to MongoDB with Java. We hope you now have a clear understanding of what’s at the offer. In case if you want to learn more, then check out the official documentation to know more! 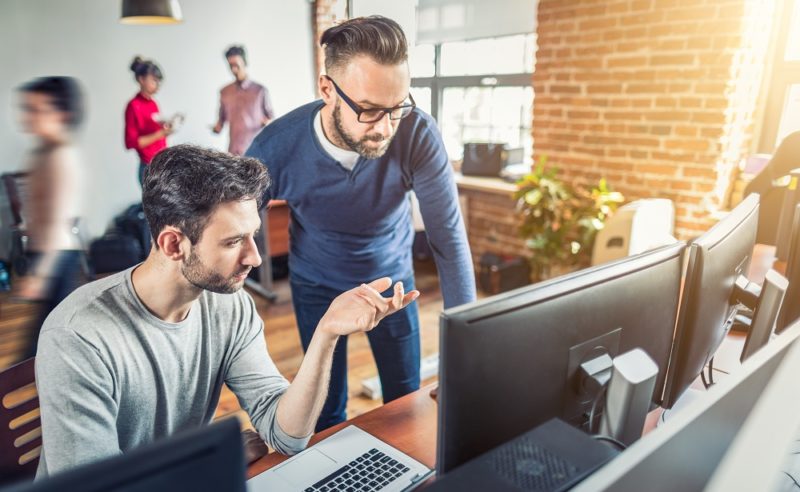 Method overloading is a very important feature in Java It helps you use the same method name for the same functionality [...]

How to Convert PDF to HTML Code with PDF.co

Hello! I hope you like my previous articles, and I am here again for you with an amazing very easy tutorial on how [...]