The history of invoices is as old as human civilization. As you may have expected, early merchants had to cast them in stone, clay, or bone! Since then, a lot has changed in the way we write invoices. Read on to learn the history of invoicing, from the bone invoice to the modern automated invoice.

The earliest known resemblance of an invoice is the Inshango bone, from the Upper Paleolithic era. Archeologists discovered it in the Democratic Republic of Congo. The bone is stylized with bunches of lines, which many believe could have been used as a mathematical tool.

Traders could have used it to count and record items exchanged between a buyer and a seller.

The earliest form of writing came about because of the need to invoice or keep records of items received or sent out. The Sumerian temple priests are thought to have invented the Cuneiform to help them keep track of agricultural produce and its byproducts such as wine.

This simple form of invoices dating back to 2900 BCE, involved inscribing symbols on clay slabs, while they are still wet. The inscriptions were simple drawings of the agricultural items that needed to be entered into the temple records.

The Pylos Tablet is an ancient invoice dating back to 1450BC. It was recorded using Linear B syllabic script, by the Mycenaean Greek. Its records included watering flasks, jugs, watering pots, bathtubs, an oil lamp, and a gold vessel. Unlike the previous invoices, this one is lined, which meant a standardized format was being used to create the invoice

Hieronymus Bosch wrote the oldest invoice in modern history. He used it to get payment from King Philip the Handsome, of Castile, in September, 1504AD. The invoice shows a down payment of 36 pounds for his 1504 painting titled, “The Last Judgment.” Unfortunately, he did not seem to have a standard format for writing one, and those who received it had to write their calculations on the margins of the invoice.

The introduction of the printing press in the 1400s made written communication much easier. Unfortunately, some business people such as the one who wrote this Georgian era Funeral expenses Invoice had not embraced it 300 years later. In this invoice, the company charged Eleanor Hall’s husband, for her funeral expenses in 1780.

This invoice by Graham Brothers Distillers is a good example of the use of technology to create a professional invoice. This 1904 invoice doubles up as a marketing tool because of its bold letterhead. Unfortunately, the invoicing technology was still limited, so someone had to do some long division to calculate the cost of the items listed.

In 1981, Omega’s sales department sent this computer-generated invoice to one of the first individuals to own a computer. Unfortunately, they did not ship the joystick, and they had to strike it out manually. Thanks to invoicing apps, today you would not need to do such manual updates.

This invoice represents the last of the hybrid invoicing system that still relies on printed-paper to deliver invoices to customers. This 2004 Wal-Mart invoice still required you to input all the data manually.

In 2019, you do not need to make your invoice entries manually; you can automate the process as long as the source of the input is electronic.

How Are Invoices Generated?

To generate an invoice, you will need to create a professionally formatted document that contains all the essential details of a purchase. It should include details of the work done, the amount charged, contact details of the supplier and the client.

However, you do not need to create invoices manually; you can use software such as ours to generate an invoice online, and at a budget price.

Who Keeps The Original Invoice?

You may also create two original copies, with one marked as the client’s copy. When you generate and send invoices online, as the supplier you also get an online copy of the original invoice.

In that regard, both the supplier and the buyer of goods and services must get an original copy of their invoices.

Is an Invoice a Bill?

Yes. An invoice can also serve as a sales bill. It consists of a list of products or services rendered to a client, along with the price for each purchase. The purpose of the invoice is to let a buyer know how much they owe the supplier and the due date for the same.

A sales bill is not the same as a receipt. Receipts are proof of payment, and they are sent after part or the full amount shown on the invoice has been paid.

Is an Invoice a Receipt?

No, an invoice is not a receipt. Invoices are official documents sent to a buyer/client. They indicate details of the goods or service rendered, and the preferred mode of payment. Each invoice has a unique invoice number. As a buyer or service provider, you only give a receipt for after receiving payment, indicating the amount you received.

Is an Invoice Proof of Purchase?

An invoice is not proof of purchase; instead, it is a legal request for payment for goods or services. Moreover, it is not a guarantee that a seller will receive payments for the said goods or services. The invoice may also include a penalty for failing to pay the indicated amount after it is due.

What is the Difference Between a Tax Invoice and an Invoice?

Contact us now, and let us discuss how we can automate your invoicing process, and help you save hundreds of employee hours.

Submitting an invoice that meets all invoice requirements in Kenya can help to speed up your payments On the other [...] 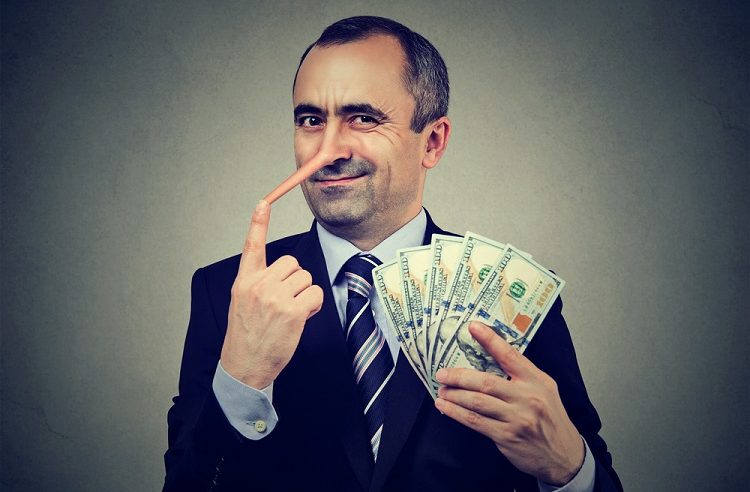 What is Invoice Fraud and How To Protect From It?

Invoice fraud is a relatively new type of scam where scammers pretend to be a partner, attorney, or supplier of the [...]