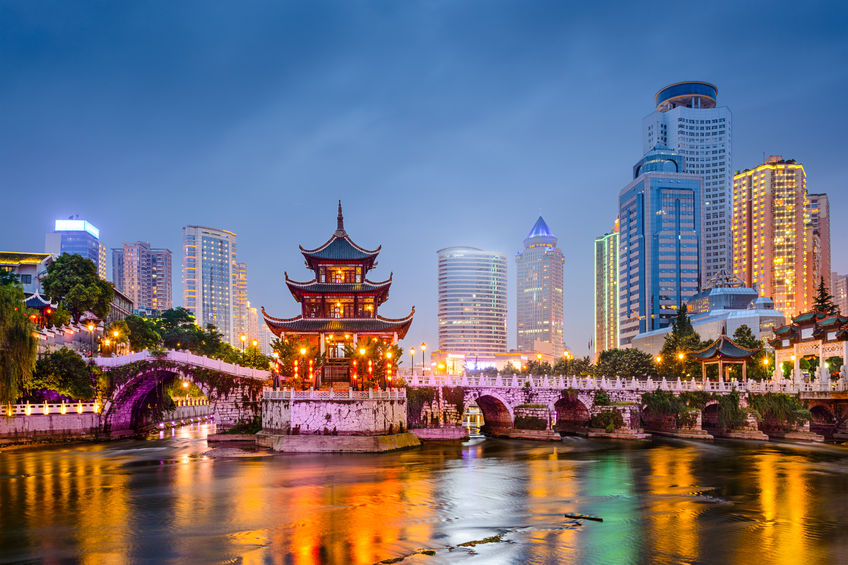 Industrialization has propelled China to an increasingly large position in global finance. It is a fact that the biggest four banks in the world in terms of assets are Chinese, according to the 2019 annual rankings by S&P Global Market Intelligence.

The banking system in China has undergone major changes within the last two decades allowing financial institutions to operate significantly like their counterparts in the west. However, financial operations are still controlled closely by the government specifically through the central bank. The central bank is responsible for planning, and implementation of the financial policies in china, maintaining the payment systems of banks and monitoring the foreign exchange.

Established in 1984, it is the largest multinational bank company in the whole world as measured by total assets which amount to approximately $4 trillion as of 2019. It has individual customers amounting to 216 million, and corporate customers amounting to 3.6 million. Currently, the bank has employed approximately 460, 000 employees who carry out their duties from more than 16,200 outlets spread in china. There are also 331 subsidiaries and branches distributed in different countries. It is the largest deposit taker and corporate lender in the domestic market of China.

Established in 1954, this is a commercial bank that was named people’s Construction Bank of China before it was renamed in 1996. It conducts business through services of corporate banking business such as corporate credit loans, trade financing, international financing, enterprise equity, and corporate deposit among others. It also undertakes personal banking which is comprised of loans, personal deposits, foreign exchange, and card services. Add to that, the bank offers mobile banking services, equity investment, electronic banking, and online banking services.

It was established in 1912 following approval by Sun Yat-sen. From 1912 to 1949, the bank carried out the roles of the central bank, foreign exchange, and specialized services of a forex trade bank. It later acquired the status of a specialized international trade and foreign exchange bank after China became a republic. It was transformed into a full commercial bank owned by the state in 1994. The bank provides a wide range of services in Hong Kong, China, Macau, and other countries. Its services include personal and corporate deposits.

The Bank of China (BOC) had a net interest income for the three-month period ended March 31, 2022, amounting to $16.28 billion. And it was a 5.54% drop compared to the same period in the previous year. Furthermore, it had a 1.74% net interest margin.

BOC reported earnings of $7.59 billion as non-interest income. That was a drop of 4.63% or $0.37 billion compared to the same period last year. Moreover, that income represented 31.78% of BOC’s operating income in the first quarter of 2022.
Among BOC’s various income segments, the net fee and commission income, which amounted to $3.85 billion, had the most decrease at 6.81%.

Established in 1951, it became the first commercial bank in China. it was the first specialized bank in the country following reforms that were carried out in 1979. Since its establishment, its role in the rural economic sector of china has always remained significant. The bank underwent a registration change in 2009 to become a joint-stock company. The bank provides quality financial services for both rural and urban customers.

As of December 31, 2021, the Agricultural Bank of China (ABC) had a total of 22,807 local branch outlets, which includes its Head Office, Head Office’s Business Department, and the Head Office’s specialized institutions.

Also included in those outlets are four training institutes and 37 tier-1 branches. Internationally, it had 13 oversea branches and four overseas representative offices. Moreover, ABC also has 16 major subsidiaries, of which 16 are domestic.

Established in 1908, the bank of communications poses as one of the oldest banks in China and was the pioneer in offering banknotes and one of the financial service providers in China. It consists of commercial banks, securities, trusts, financial leasing, fund management, insurance, and offshore financial services. In 2017, it was listed as the 34th world’s biggest public company and 24th on the list of the World’s biggest banks by Forbes.

China Development Bank is a bank that offers its clients a wide range of financial and banking services for Chinese within the country and people in other countries. It has several financial segments, which include leasing services, investment facilities, banking services, and securities sections.

China Development Bank has several branches across mainland China and Hong Kong. It also has branches in other foreign cities such as Caracas, London, Cairo, and much more. With its head office in Beijing, the bank has over 3,000 workers within its headquarters alone.

China Development Bank is one of the largest development banks in the world. It is also amongst the top five biggest banks in China with a total asset of over $2 trillion and an average yearly net income that is over $15 billion.

Postal Savings Bank of China was recently opened in 2007. It offers its clients a variety of banking services that are specifically tailored for its corporate and retail clients. The bank has over 150,000 workers across all its branches and its head office operates out of Beijing – the capital of China.

Industrial Bank was established in 1988, and it is headquartered in Fuzhou. The bank offers corporate, personal, and other industrial banking services. It has over 2,000 branches and outlets all across China. Also, it has more than 50,000 employees. Industrial Bank now averages a yearly net profit of over $80 billion. Additionally, the bank has a total asset of over $80 billion.

China Citic Bank is a banking institution that began operations in 1987. It provides millions of clients with different banking services across Hong Kong, Mainland China, and other foreign territories. China Citic Bank has three major sectors, which are individual banking, commercial banking, and investment banking.

China Citic Bank has over 2,000 branches and outlets wherever it has a presence. However, its main branch is located in Beijing and all its central operations are carried out from there.

China Merchant Bank is a financial institution that was established in 1987. The bank is predominately involved in wholesale banking segments retail and other commercial sectors. Additionally, the bank has close to 20,000 branches, outlets, ATMs, and other smaller interactive banking service points.

Since its inception, China Merchant Bank has had its head office in Shenzhen. The bank records an annual average net profit of over $9 billion and a total asset valued at over $900 billion.

China’s Export-Import Bank was established in 1994 and had its headquarters in Beijing. It’s wholly owned by the Chinese government and under the auspices of the State Council.

The bank is one of three Chinese banks authorized to implement national industry, trade, economy, and foreign aid policies. China Exim provides policy support to improve China’s exports that include products and services.

It has more than 20 business branches within China, one branch, and two representative offices outside China. Its international credit ratings are similar to China’s independent rates.

It has established affiliate banking relationships with more than 1,000 banks.

The bank’s primary function is to facilitate exporting and importing Chinese machinery and electronics products, and complete sets of new and state-of-the-art products.

Shanghai Pudong Development Bank was established on January 9, 1993, with the approval of the People’s Bank of China. It is a joint venture bank with its headquarters in Shanghai.

China Everbright Bank was incorporated in August 1992. The bank is one of the joint national commercial banks approved by the National Council and the People’s Bank of China. Headquartered in Beijing, the bank was ranked 139th in 2016 in the Forbes Global 2000 public companies.

As of August 2016, it has been part of the Hang Seng China 50 Index of all Chinese companies. It is also part of the FTSE China A50 Index among the two stock indexes of China. It’s also a constituent of the Shanghai SSE 50 Index.

Huaxia Bank Co., Ltd. is a publicly-traded commercial bank. The bank was founded in 1992 and is headquartered in Beijing. Deutsche Bank of Germany has held 19.99% of the bank’s shares since 2010.

Total bank assets were estimated at $ 290.6 billion in 2015. In December of the same year, it was announced that the People’s Insurance Company of China would acquire the entire share of Deutsche Bank in the bank with RMB23-25.7 billion.

Ping An Bank is a Chinese commercial bank headquartered in Shenzhen. It operates mainly in Mainland China with a representative branch in Hong Kong.

The bank mainly focuses on providing retail and banking services including banking investment services. As one of the twelve joint-venture banks in China, Ping An Bank is part of the FTSE China A50 Index, Hang Seng China 50 Index, and CSI 300 Index.